Life of a Medical Wife

There are several books and blogs avaiable for those looking at a medical career but very few avaiable for a student doctor spouse. This block my chapter of Side-by-Side is reading through Prescription for a Doctor’s Wife by Debby Read and so far I’ve loved her insight and timeless advice. As my husband completes his year two of medical school, referred to as M2, I know we still have a long road ahead of us, but wanted to share our journey in a series of posts in hopes to provide another resource for spouses of incoming medical students. If your new to my blog please check out my previous posts “My Most Awkward Date Became My Husband” and “A Happy Life of Endless Transitions” for more details to our story.

Tom and I were dating, engaged, and eventually married in the two years leading up to him starting medical school. He was convinced medical school was the next step in his career when we started talking, so very early on I knew I either was going to be IN the journey along side him or I needed to come to terms that we would not have a future together. In most cases, I would advise a dating couple to not marry each other based on career paths or interests.  I’ve seen several relationships deeply hurt because the wife had expectations on her husband bringing home the bacon and then he loses his job or even quits his job in the first 3 months of marriage. When you marry someone you marry them for their character, knowing that character can even evolve over the years, hopefully for the better, but not in all cases. “For better or worse, through sickness and in health, until death do us part.” Tom and I didn’t say these vows exactly, but we covenanted to by the strength of God to love, serve, and enjoy one another for as long as we both would live and to not to divorce one another.”

However, when you are dating a future doctor (or any 4 year or more graduate student) you have to come to terms with hundreds of thousands $$$,$$$ in debt, potentially not pursuing your own career plan, not engaging with your spouse for a majority of the week, and developing very few couple friends because so often you are attending events solo or with your new bestie. As a 29-year-old, these were very real concerns, because so many of my longings after living single overseas for 7 years, were to establish a “normal” adult life.” I longed to start a family, to continue the financial stability I had established while being single, and I especially longed for peer friendships. Friendships with those living close enough for us to gather together around the dinner table for fellowship and a feast and at the least once a year enjoy a vacation, with kids on occasion, but most of the time leaving them behind with grandparents.

Around three years ago on a perfect North Carolina snow day, Tom proposed and I said, “Yes!” I also said goodbye to all my prior expectations of a “normal” life. Supporting him was more important than the hypothetical dream life I had imagined, but that didn’t mean I didn’t experience some disappointment as I let go of expectations.

Through our engagement he worked a full-time job at an orthopedic spine clinic with a 40 minute commute and in the evenings studied for the MCAT, the medical school entrance exam. Occasionally, I would join him at the library where he was studying silently with headphones and while I would read a book on the other side of the table. Medical school was still almost two years away at this point, if he got accepted the first year of applying…sobering right? The journey is LONG, especially when you are a non-traditional student studying, usually working, and balancing all other aspects of life.

Fortunately, Tom’s MCAT score was competitive enough for him to apply to schools, but with the stat of only 45% of applicants being accepted the first cycle, the unknowns were only beginning. Not to mention the cost of applying to several medical schools can be over a thousand dollars with additional travel expenses for interviews. I highly suggest looking into the AAMC Fee Assistance Program. Tom qualified, which reduced the MCAT exam fee and covered the full expense of the primary application fee for up to 15 MD schools and 3 DO schools.  The program has changed some of the benefits due to the merger between MD and DO school accreditation organizations, giving 16 free primary applications. With wedding plans in process this was a huge help to us and took off some of the pressure that was building.

Would he get in the first cycle? Where could he work between application years if he didn’t get in the first year? Would we reapply and spend the $,$$$ again? What would I do for work? Would we ever feel settled? Would we get out of medical school by the time I was middle aged (kidding but not kidding)!? What about starting a family? The timing of everything seemed on hold as we waited to hear back from the applied schools.

The application and interview process hit all areas of identity for my husband. He was having to reflect on childhood memories and express who he was on paper to medical schools who receive thousands of applications a year, interview only a few hundred, and offer acceptance to less than a couple hundred. For example UNC receives 7,000 applications a year, 600 are invited for an interview, and 180 are given a seat. MEDICAL SCHOOL IS VERY COMPETITIVE and I found the process taking a toll on my husband. He normally thrives off competition opportunities but this hit something deeper with his identity than even he was expecting. Tom wants to followup with a guest post on this topic in the near future, so subscribe to get notified when a new post is published.

As you two embark on this journey together, be sure to express your belief in your fiancé’ or spouse, they are working really hard. He needs you on his team more than ever. Going through the application process gives you an unexpected opportunity to connect emotionally and learn about one another that will only strengthen your marriage as you embark on the first years of medical school together.

@thewhitecoatwife. 👨‍👩‍👧‍👦 Sharing the moments and milestones of life of a medical wife. 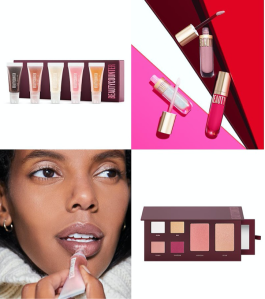